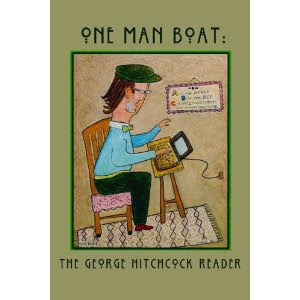 There will be a memorial celebration for George Hitchcock at Tsunami Books (2585 Willamette St) in Eugene on Sunday, October 3rd, at 4:00 p.m.

George Hitchcock was the recipient of the Charles Erskine Scott Wood Distinguished Writer Award from Literary Arts in 2003. His obituary on the Poetry Foundation web site states in part:

George Hitchcock, the influential editor of kayak magazine (1964-1984) has passed away at the age of 96. Hitchcock supported an array of up-and-coming poets, many of whom went on to major success: Simic, Tate, Atwood, Kizer, Carver, Levine, Merwin, and McGrath, to name a few.

The New York Times, in a recent article, described kayak as “one of the most distinctive, eagerly read literary journals of its time” and quoted Harold Junker, the editor of Zyzzyva: The Journal of West Coast Writers and Artists as saying Hitchcock “was the pre-eminent maverick independent magazine publisher … open in his tastes, unflagging in his energies … knew everyone and kept the thing going against all odds.”