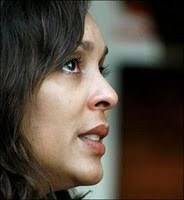 Natasha Trethewey appeared in Portland last Thursday as part of Portland Arts & Lectures. On Thursday afternoon, she met with a group of past finalists and recipients of Oregon Book Awards and Oregon Literary Fellowships to talk about poetry, history, form and other issues of craft. Paper Fort asked two of the participants, Cecelia Hagen and John Morrison, to share their thoughts on the afternoon.

When someone asked about the music inherent in her work, Trethewey asked whether any of the poets present had music playing while they wrote (only a few did). Trethewey then told a story about walking in New Orleans with her father, who is also a poet, and saying to him, “Oh, I wish I could sing.” He said, “How can you be a poet if you can’t sing?”

Because her latest book, Beyond Katrina, combines prose and poems, there was also talk about memoir and her approach to writing about family as well as historical events. Trethewey told the poets she uses form to help her resist her inclination to be narrative, or to have the poem travel a straight line to its conclusion. 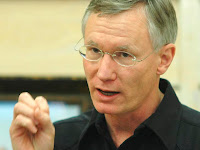 Besides feeling very lucky (plucked by luck, almost) to be in a room with so many fine poets, we all were grateful and, well, a bit star-struck to have Natasha Trethewey join us at the table. It wasn’t hard to feel for her. She had just arrived from Madison High School where she, no doubt, spent precious energy reading and encouraging the young writers toward poetry, and when she left us, she would have only an hour to prepare for her Arts & Lectures event. Meanwhile, she was at a table of mostly strangers who might expect her to hold court.

However, as interested as we were in her poetry and numerous, heady accomplishments, she wanted to hear from us on a few, grand literary issues, but also on the nuts and bolts we all contend with: the labor that goes into and the balance we seek when researching a historical poem; the responsibility to truth and art in memoir or honest poetry; how to avoid our “navel-gazing” and write poems beyond the pedestrian. We even held forth on whether poets could listen to music (some do) or settle into a coffee shop (some do) to write their poetry.

One wise fiction writer among us asked whether form might be equivalent to plot in the fiction analogy: Plot is the bone you throw the dog so you can rob the house. Maybe. Maybe form is the bone. We could’ve gone on all day, talking bones and navels. We will carry Natasha Trethewey’s good humor, dedication, and generosity as an artist with us for a long time to come.