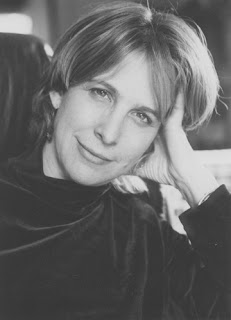 Literary Arts is pleased to announce events in Manzanita and Astoria as part of the Oregon Book Awards Author Tour. Marjorie Sandor will appear as part of the Manzanita Writers Series at Hoffman Center on Saturday, March 10th. Carl Adamshick, Vanessa Vaselka and Lidia Yuknavitch will appear at the Cannery Pier Hotel in Astoria on Sunday, March 11th.

In addition, Sandor will offer a free workshop on Saturday, March 10th from 3:00 to 5:00 p.m. at the Hoffman Center for the Arts in Manzanita (594 Laneda Ave). The workshop will focus on memoir-writing and explore the power–both haunting and restorative–of our most ordinary and familiar domestic spaces. Sandor will briefly discuss her own experience of creating a book out of the bits and pieces of an early-morning gardening journal kept during a mid-life moment of intense change. From there, participants will do some of their own writing, working from simple prompts. The workshop is free but space is limited and participants are asked to register by emailing Susan Denning at susan@literary-arts.org

On Sunday, March 11th, at 7:00 p.m, Oregon Book Awards finalists Carl Adamshick, Vanessa Veselka and Lidia Yuknavitch will be reading at the Cannery Pier Hotel in Astoria (No. 10 Basin Street).

In addition, there will be two free workshops offered on Sunday at the Cannery Pier Hotel: Vanessa Vaselka will offer a workshop on crafting plots in fiction from 1:00 to 3:00, and Lidia Yuknavitch will offer a workshop on writing the memoir from 3:00 to 5:00 p.m. The workshops are free but space is limited and participants are asked to register by emailing Susan Denning at susan@literary-arts.org.

About the authors appearing in Astoria:

Carl Adamshick received the 2010 Walt Whitman Award from the Academy of American Poets judged by Marvin Bell. His book, Curses and Wishes, is a 2012 Oregon Book Awards finalist. His poems and essays have appeared in Narrative, American Poetry Review, Tin House, The Harvard Review, and elsewhere.

Vanessa Veselka has been, at various times, a teenage runaway, union organizer, a student of paleontology, an expatriate, a train-hopper, a waitress, and a mother. Her work has appeared inThe Atlantic, Tin House, Bitch: Feminist Response to Pop Culture and elsewhere. She has been featured on NPR/ American Public Radio’s “The Story” and Zazen, her first novel, is a 2012 Oregon Book Awards finalist.

Lidia Yuknavitch is the author of The Chronology of Water, a winner of the Pacific NorthwestBooksellers Association Award and a 2012 Oregon Book Awards finalist.She is also the author of three works of short fiction:Her Other Mouths, Liberty’s Excess, and Real to Reel. She is the recipient of awards and fellowships from Poets and Writers and Literary Arts.

Local support for this tour comes from the Manzanita Writers Series and The Cannery Pier Hotel.