MENUMENU
You can cast your vote for the 2013 Readers’ Choice Award online at oregonlive.com/books.  The winner will be announced at the Oregon Book Awards ceremony on April 8th at the Gerding Theater at the Armory.
2013 Oregon Book Awards Finalist
Almost President: The Men Who Lost the Race But Changed the Nation by Scott Farris
Publisher
Lyons Press
Category
Nonfiction 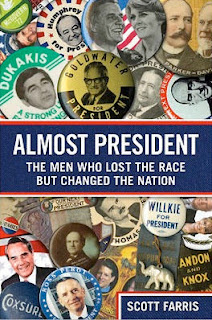 Almost President explores society’s attitude toward losing and the critical role losers play in a functioning democracy.  It contains biographical sketches that celebrate those men who have run for the presidency and lost, but whose impact on the nation’s political history has been as much or more profound than those who defeated them.
An excerpt from Almost President
In each of these recent elections, and in several elections past, there were attempts by some to delegitimize the results and the presidency of the winning candidate.  But every time, we have been fortunate that the losing candidate took his defeat graciously, and in so doing reinforced the legitimacy of our electoral system and of the administration elected to govern us.  To do otherwise could lead to a level of rancor and chaos that could debilitate the country.  It is not an overstatement to say that without this essential contribution of concession from the losing candidate, the stable, resilient democracy, which is so often taken for granted in the United States, would be impossible. 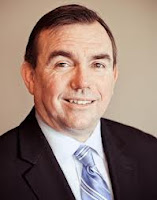 About the Author
Scott Farris is a former political reporter for United Press International and other outlets, and he has served as an aide to a former U.S. senator, former governors of Wyoming and California, and former Portland Mayor Vera Katz.  He was a commentator on the C-SPAN series “The Contenders” and his work has appeared in The Washington Post, New York Times, and Wall Street Journal.
Praise for Almost President
“Scott Farris shines a welcome spotlight on the neglected subject of presidential also-rans.  In this impressive new book, Farris shows that the losers and their ideas have sometimes transformed their political parties and moved the nation ahead.  Meticulously researched, Almost President is rich in detail and anecdotes, and a pleasure to read.” –Joseph Wheelan, author of Mr. Adams’s Last Crusade: John Quincy Adams’s Extraordinary Post-Presidential Life in Congress and Libby Prison Breakout
“Scott Farris has penned a series of fascinating portraits of candidates who triggered sea changes in our political process.  Informative to readers at all levels.”  –David Pietrusza, author of 1948: Harry Truman’s Improbable Victory and the Year that Transformed America
“To those demoralized by today’s fiercely partisan political arena, take heart!  Scott Farris’s superb history of losing presidential candidates reassures us all that even out of bitter campaigns and defeats, losers do come back and contribute profoundly to major realignments, decency, and equality in American politics.  –The Honorable David Abshire, former Ambassador to NATO, and current President, Center for the Study of the Presidency and Congress
“Farris writes with a lively flair, skillfully illustrating his solid historical research with revelatory anecdotes and facts.” –Publishers Weekly
Suggested Links
Scott Farris discusses Almost President
Buy the Book