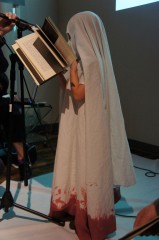 Thursday, November 7,  saw the debut of the first-ever Poetry Press Week at Literary Arts! Inspired by the fashion industry’s biannual exhibition, Fashion Week, Poetry Press Week was designed to showcase various local poets’ yet unpublished works. Five Portland-based poets selected “models,” or readers, to present their latest pieces via spoken performance, dance and music. Among the invited were members of the press, publishers, editors and agents, as well as the general public. 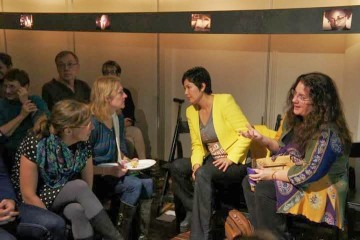 Poetry Press Week is the brainchild of Liz Mehl and Justin Rigamonti, with the assistance of Heather Brown. “We hope the event will become biannual,” Brown remarked. Featured poets of the evening were Ashley Toliver, Britta Ameel, Carl Adamshick, Matthew Dickman, and Zachary Schomburg. 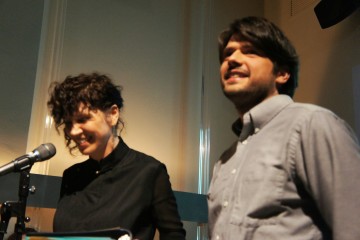 The poets had orchestrated each performance in advance. Some poems were simply read, others accompanied by dance or interpretative movement, others put to music. Seven different readers delivered Matthew Dickman’s latest works. His pieces titled “Event Scores” were particularly memorable, with one reader reciting lines while two performers carried out the poems’ “stage directions.” 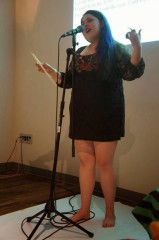 Ashley Toliver had prepared a simple scene of only two readers, dressed in matching black and white clothes, delivering her lines in colorless voices against a backdrop of charcoal drawings of insects and anatomy. 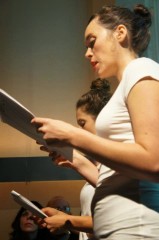 Singer-songwriter Laura Gibson brought Britta Ameel’s pieces to life by putting them to music, encouraging the audience to participate by humming an ambient tune. 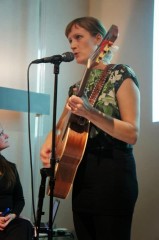 Carl Adamshick’s single poem, “Black Snow,” was read aloud by four readers in a line, one after the other, truly evocative of a fashion runway.
The night concluded with a reading from a child dressed in a traditional white-sheet-ghost costume, who chanted from Zachary Schomburg’s haunting poem Agnes the Elephant in a chilling monotone.
Many thanks to all the artists and performers who helped bring Poetry Press Week to life! 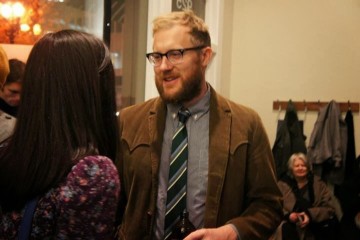 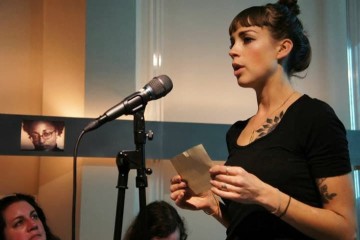 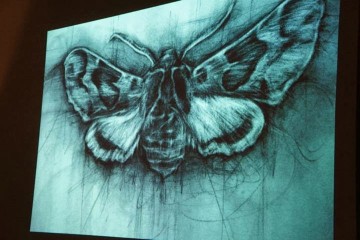 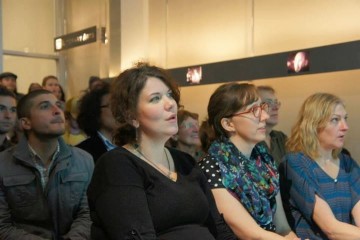