You can cast your vote for the 2014 Readers’ Choice Award online at oregon.live/books. The winner will be announced at the Oregon Book Awards ceremony on March 17th at the Gerding Theater at the Armory.

Between now and March 17th, we will be featuring all of the 2014 Oregon Book Awards finalists. 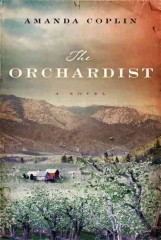 The Orchardist by Amanda Coplin

Description
At the turn of the twentieth century, in rural Washington state, reclusive orchardist William Talmadge encounters two runaway teenage girls. Scared and pregnant, the girls take up on Talmadge’s land; but just as soon as they begin to trust him, men arrive in the orchard with guns, and the tragedy that follows sets Talmadge on an irrevocable course not only to save and protect but also to reconcile the ghosts of his own troubled past.

Excerpt
“He regarded the world—objects right in front of his face—as if from a great distance. For when he move on the earth he also moved in other realms. In certain seasons, in certain shades, memories alighted on him like sharp-taloned birds: a head turning in the foliage, lantern light flaring in a room. And there were other constant preoccupations he likewise half acknowledged, in which his attention was nevertheless steeped at all times: present and past projects in the orchard; desires he had had as a young man, worries, fears, of which he remembered only the husks; trees he had hoped to plant; experiments with grafting and irrigation; jam recipes; cellar temperatures; chemical combinations for poisoning or at least discouraging a range of pests—deer and rabbits and rodents and grubs, a universe of insects; how to draw bees.” 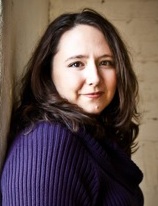 About the author
Amanda Coplin was born in Wenatchee, Washington. She received her BA from the University of Oregon and MFA from the University of Minnesota. The Orchardist, her first novel, won a Barnes and Noble Discover Award. Recently she was named one of the National Book Foundation’s 5 Under 35 authors for 2013. She lives in Portland, Oregon.

Praise for The Orchardist

National Public Radio
“The Orchardist is a stunning accomplishment, hypnotic in its storytelling power, by turns lyrical and gritty, and filled with marvels. Coplin displays a dazzling sense of craftsmanship, and a talent for creating characters vivid and true. She also gives us insightful glimpses of the American West in the throes of a massive shift away from the agricultural style of life.” –Jane Ciabattari, NPR

Washington Post
“Amanda Coplin’s somber, majestic debut arrives like an urgent missive from another century. Steeped in the timeless rhythms of agriculture, her story unfolds in spare language as her characters thrash against an existential sense of meaninglessness. Confronted by the stark reminder of mortality, one responds, “It didn’t matter” — a weary comment any of them might have made. Coplin’s saga of a makeshift family unmoored by loss should be depressing, but, instead, her achingly beautiful prose inspires exhilaration. You can only be thrilled by a 31-year-old writer with this depth of understanding.”-Wendy Smith, Washington Post

New York Times
“Coplin’s deliberately paced account of Della’s emotional descent threatens to pull the book down with it, but she rallies with a startlingly orchestrated climactic sequence. Many contemporary novelists have revisited the question of what constitutes a family, but few have responded in a voice as resolute and fiercely poetic.”-Jan Stuart, The New York Times