Jay Ponteri is teaching a memoir writing boot camp at Literary Arts this winter that is already sold out. He’s also teaching the class again this spring, beginning April 19th. Click here for details and to register! Ponteri’s memoir, Wedlocked, won the 2014 Oregon Book Award in Creative Nonfiction, and he directs the undergraduate creative writing program at Marylhurst University and show:tell, The Workshop for Teen Writers & Artists.

For me the joy of memory-based writing arises from recalling a memory I could not have imagined and did not plan on recalling before that present moment of composition. I’m talking about working from inadvertent memory. This kind of memory rises to the surface of consciousness without intention or design on my part. I don’t reach for memory—I let memory reach for me. I do my best to clear my mind—to get out of the way—and then pay close attention to what materializes. Inadvertent memory may or may not be recurring memory, may or may not be traumatic memory, may or may not be joyful memory, may or may not be new memory. I hold no expectations about its content or emotional tissue. Like the sensorium rising in that fuzzy liminal space between wakefulness and sleep, inadvertent memory appears unbidden, without explanation or order. Coming from that deeper, more conflicted self we often tuck away to make it through the ordinary day, inadvertent memory drips with contradictory emotion, inexplicable mystery, and myriad possibility. I show my trust in the writing process by making “mystery” a central part. My best and only plan is not to have one.

One memory moves me to the next instance of consciousness, which might be another memory or sequence of memories or a line of inquiry or a dream or a memory of a dream or dream-like inquiry! I attempt to describe whatever passes through my consciousness, and even though I miss tons, I catch some. The poet Mary Ruefle says, “I used to think I wrote because there was something I wanted to say. Then I thought, I will continue to write because I have not yet said what I wanted to say; but I know now I continue to write because I have not yet heard what I have been listening to.”

In my memoir, Wedlocked (Hawthorne Books, 2013), I recall my struggles of feeling lonely inside of my marriage and how, in the face of that loneliness, I isolated myself, I escaped—in fantasy, in desiring The Other, in formulating a narrow picture of myself alone amidst others, never with others. Thoughts, ideas took me into inadvertent memory. I recall my desire not to hold my wife’s hand on a vacation. That memory led me to recall my parent’s marriage, which gave way to a daydream of young men bludgeoning each other in medieval Europe. And it all spoke to my present need to make myself more visible in my life, in my marriage, to show my wife the real me I couldn’t show her but in my prose.

My favorite examples of this kind of meditative memoir offer much variety in theme and style: Joe Brainard’s I Remember; Edouard Leve’s Autoportrait; Patti Smith’s Just Kids and Woolgathering; Joan Didion’s The Year of Magical Thinking and Blue Nights; W.G. Sebald; Robert Walser; Mary Ruefle’s prose; Eileen Myles’s prose; David Shields; Geoff Dyer. The need to remember is investigated just as much as the inadvertent memory is described. Plot and dramatic conflict and “staging” become secondary to meditation and dream.

[This essay originally appeared in The Memoir Project by Marion Roach Smith.] 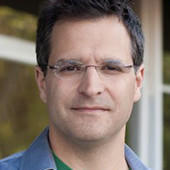