Ghosts in the Canvas by George Taylor

As children, Florie Boit and her three sisters were painted by John Singer Sargent; now the painter is famous and the painting, once controversial, is much loved. So why does Florie want the damned thing “hidden away where no one will ever see it again,” and how far will she go to get her wish?

George Taylor turned fifty before finishing his first play. That work, Renaissance, was a 2008 Oregon Book Award finalist. In 2011, his third play and second finalist, Good Citizen, benefited from developmental workshops at OSF and ART. He has received playwriting fellowships from Literary Arts and the Oregon Arts Commission.

Excerpt from Ghosts in the Canvas:

MARY LOUISA
You’re a dangerous painter. I should have remembered that. Thank God I married a landscapist.

MARY LOUISA
What a strange, artificial world we’ve created for ourselves!

SARGENT
I suppose we have.

MARY LOUISA
Has it ever occurred to you that we’re all actresses? All the women you paint? Every morning, we put on our makeup and dress in our costumes. And we enter into a comedy of manners written largely by men, performed for men. Isn’t that how you paint us? I’m fortunate. I like the ‘character’ I play. It’s quite easy to make her charming in a…bland kind of way. She’s very much like me, but she isn’t all of me.

MARY LOUISA
Of course they do. But aren’t you allowed to give a tiny wink to the audience? We [women] don’t have that freedom. We’re only allowed a handful of roles… 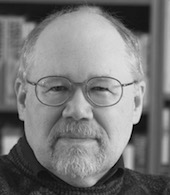