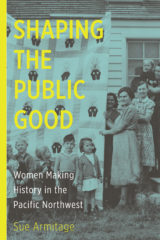 Drawing on her three decades of research and teaching and based on hundreds of secondary sources, Armitage’s account explains the varied ways in which women of all races and ethnicities have made the history of our region. Shaping the Public Good restores a missing piece of Pacific Northwest history by demonstrating the part that women—“the famous, the forgotten, and all the women in between”—have always played in establishing their families and building communities.

Sue Armitage of Portland is Emerita Professor of History and Women’s Studies at Washington State University in Pullman, where she taught and wrote about women in the U.S. West for thirty years. In addition to many articles, she is coeditor of two well-known anthologies by and about western women, The Women’s West and Writing the Range. 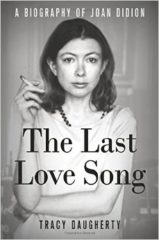 The Last Love Song: A Biography of Joan Didion is a comprehensive overview of the life and career, to date, of the journalist, screenwriter, and novelist who has been one of the major chroniclers of American life in the last six decades.

Tracy Daugherty is the author of four novels, six short story collections, three biographies, and two books of essays, most recently Let Us Build Us a City, essays on literature and writing. Winner of four Oregon Book Awards, and a New York Times best seller, he has been a Guggenheim and National Endowment for the Arts Fellow. 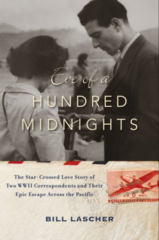 Eve of a Hundred Midnights (William Morrow) by Bill Lascher

In 2004, Bill Lascher’s grandmother gave him a World War II-era typewriter that once belonged to her cousin, but the real gift was the story behind it. Eve of a Hundred Midnights recounts that story of two newlywed journalists who together endured bombs in wartime China and were chased by Japanese forces across the Pacific.

Bill Lascher is a Portland-based freelance journalist whose work appears in such outlets as Atlas Obscura, Pacific Standard, The Guardian, The Oregonian and the Portland Monthly. When not writing, he can be found in a darkroom developing his love of film photography or at the flippers of a pinball machine. 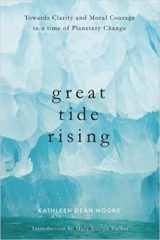 Great Tide Rising: Towards Clarity and Moral Courage in a Time of Planetary Change (Counterpoint) by Kathleen Dean Moore

Even as tides rise against the shores, another great tide is beginning to rise—a tide of outrage against the pillage of the planet, a tide of commitment to justice and human rights, a swelling affirmation of moral responsibility to the future of the lovely, reeling planet. Great Tide Rising is at once heartbreaking and motivating, terrifying and empowering, analytical and lyrical, hopeful and strategic.

Kathleen Dean Moore is a philosopher, climate activist, and writer whose books celebrate and defend wet, wild places and their denizens. Her book, Pine Island Paradox, was a 2005 winner of the Oregon Book Award. Distinguished Professor of Environmental Ethics at Oregon State University (Emerita), Moore writes from Corvallis and from a cabin on a tidal cove in Alaska. 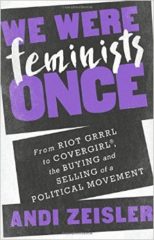 We Were Feminists Once: From Riot Grrrl to CoverGirl©, The Buying and Selling of a Political Movement (PublicAffairs) by Andi Zeisler

Feminism has become a trendy label adopted by celebrities, fashion labels, and consumer brands, but the movement itself is still among the most controversial in the United States—and women’s rights are under constant attack. What does it mean when a social and political movement becomes a brand identity?

Andi Zeisler is the cofounder of Bitch Media. She is the author of Feminism and Pop Culture and the co-editor of BitchFest: 10 Years of Cultural Criticism from the Pages of Bitch Magazine. She lives in Portland and speaks about feminism, media, and activism at colleges and universities across North America.