The 2017 Oregon Book Awards ceremony takes place April 24 at the Gerding Theater. Join us! You can purchase tickets to the ceremony at Brown Paper Tickets. You can also cast your vote online for the 2017 Readers Choice Award. This years winners of the Oregon Book Award, including the Readers Choice Award, will be announced at the ceremony.  We’ll be featuring this year’s finalists each week until then. 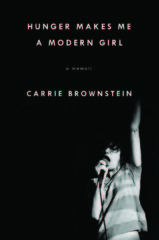 Hunger Makes Me a Modern Girl (Riverhead) by Carrie Brownstein

Hunger Makes Me a Modern Girl is an intimate and revealing narrative of Brownstein’s escape from a turbulent family life into a world where music was the means toward self-invention, community, and rescue.

Carrie Brownstein is a musician, writer, and actress who first became widely known as the guitarist and vocalist of feminist punk trio Sleater-Kinney and as co-developer of IFC’s sketch comedy Portlandia, where she stars opposite Fred Armisen. Her writing has previously appeared in The Believer and Slate. She lives in Portland. 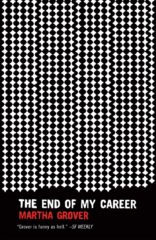 The End of My Career (Perfect Day Publishing) by Martha Grover

The End of My Career sees Martha Grover living with her parents again, reconciling the pleasures and perils of being female, chronically ill, and subsisting on menial labor at the edge of an increasingly unaffordable city. Angry and heartbroken, brimming with the outrageous contradictions of the modern world, Grover’s second memoir embodies the comic nightmare of our times.

Martha Grover is also the author of One More for the People (Perfect Day Publishing). Her poetry, illustrations, and essays have been published in various journals and magazines. She’s been publishing her zine, Somnambulist, since 2003. She received her MFA from the California College of Arts in 2011. 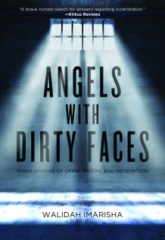 The three lives explored in Walidah Imarisha’s creative nonfiction book Angels with Dirty Faces are united by the presence of actual harm, sometimes horrific violence. Using the three narratives as background, Imarisha explore the questions: People can do unimaginable things to one another—and then what do we as a society do? What might redemption look like?

Walidah Imarisha is an educator, writer, public scholar, and poet. She is the editor of Octavia’s Brood: Science Fiction Stories From Social Justice Movements and the author of the nonfiction book Angels with Dirty Faces as well as the poetry collection Scars/Stars.