The 2018 Oregon Book Awards ceremony takes place April 24 at the Gerding Theater. Join us! You can purchase tickets to the ceremony at Brown Paper Tickets. You can also cast your vote online for the 2018 Readers Choice Award. This years winners of the Oregon Book Award, including the Readers Choice Award, will be announced at the ceremony.  We’ll be featuring this year’s finalists each week until then. 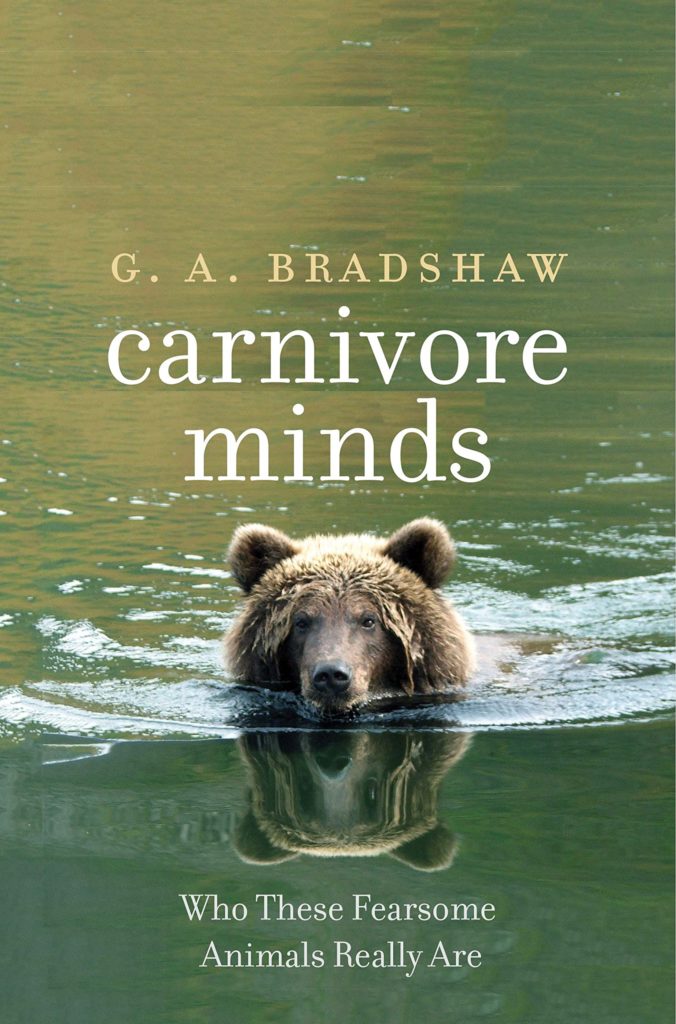 Using the combined lenses of natural history, neuroscience, and psychology, Carnivore Minds illustrates how bears, orcas, rattlesnakes, and other toothed and clawed species share the rainbow of emotions that humans experience, including psychological trauma. This exploration of carnivore inner lives compels a new, ethical approach to coexistence with the planet’s fiercest animals.

G.A. Bradshaw  is the founder of The Kerulos Center (www.kerulos.org). She holds doctorate degrees in ecology and psychology and is the author of the Pulitzer-nominated Elephants on the Edge: What Animals Teach Us About Humanity (Yale 2009), The Elephant Letters (Awakeling Press, 2012), and Minding the Animal Psyche (Spring 2010). 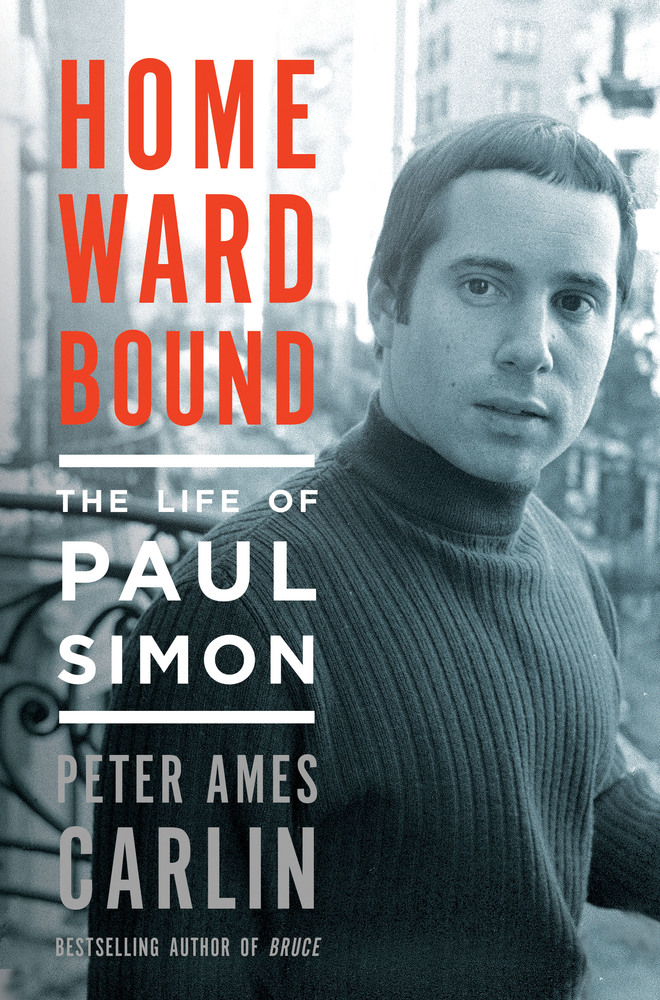 From his years as a teen pop star in the ’50s through his ever-evolving work as a folk singer-songwriter, 1960s superstar with Art Garfunkel, soul, gospel and pop-influenced solo artist to his work in South Africa, Brazil and beyond, Paul Simon has been an American icon for six decades. Homeward Bound: The Life of Paul Simon tells his often controversial story in the context of his life, times and America’s immigrant culture.

Peter Ames Carlin is the author of four books including Bruce, the biography of Bruce Springsteen and Homeward Bound: The Life of Paul Simon. He has been a senior writer for People magazine and as The Oregonian’s TV critic. His work has appeared in the New York Times Magazine, the Los Angeles Times Magazine and The Atlantic.com. 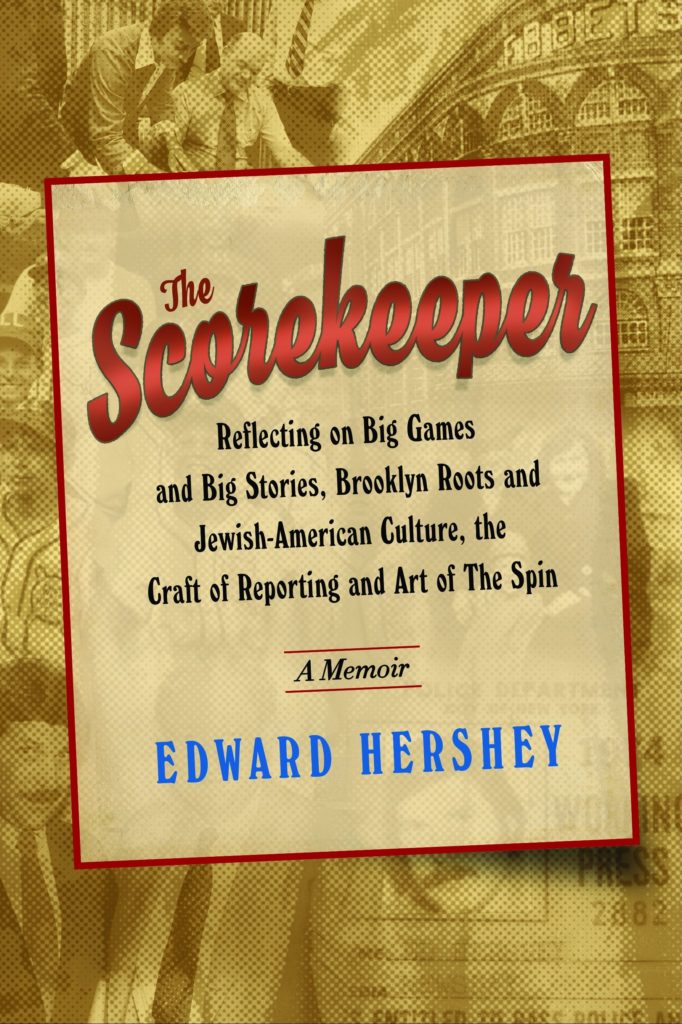 The Scorekeeper is an irreverent love letter to the Brooklyn of Edward Hershey’s youth, an engrossing account of the award-winning career that took him from the stadium to the statehouse and an unsparing reflection on an era of urban tension and suburban sprawl, anti-war activism and a war on poverty, rampant crime and imperfect justice, political chicanery and prosecutorial abuse.

Edward Hershey’s half-century in communication featured turns as sportswriter, investigative reporter, municipal official and university administrator. A longtime judge of the George Polk Awards in journalism, he was president of a Shakespearean theater, a city alderman, basketball announcer, union organizer and author of books on baseball and police hostage negotiation. 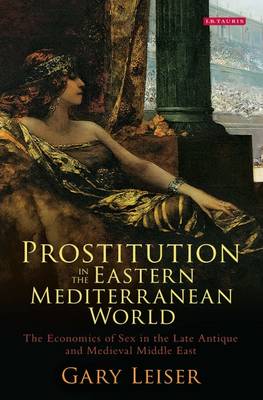 Prostitution in the Eastern Mediterranean World: The Economics of Sex in the Late Antique and Medieval Middle East by Gary Leiser (I.B Tauris)

This is a scholarly account of the economic and social history of prostitution in Arabia, Egypt, Syria, and Anatolia (Turkey) under Christian and Muslim rule between 300 and 1500 CE.

Gary Leiser grew up in Oregon. He completed a BA at Portland State University (1969) in anthropology and Middle Eastern Studies and a PhD at the University of Pennsylvania (1976) in Middle Eastern history. He subsequently worked for the Dept. of Defense for 30 years. He has published widely on the social and cultural history of the Middle East. He is retired and lives in Sisters. 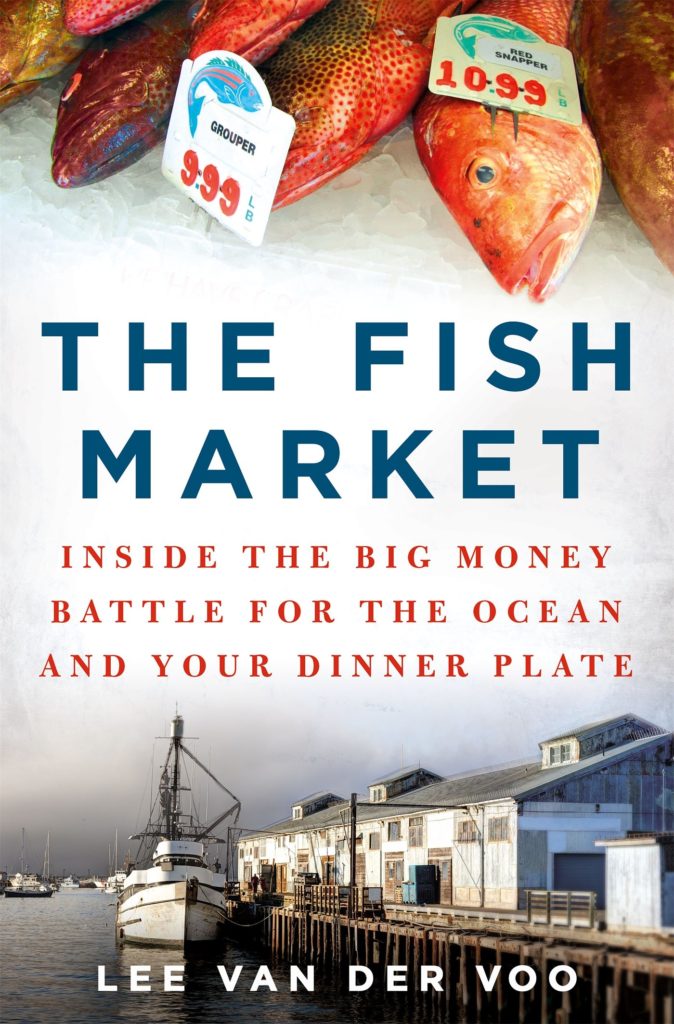 An immersive look at American fishing, coastal towns, and working waterfronts in an era of sustainable seafood, The Fish Market is both the story of fish and the story of class warfare on the sea. Told from aboard fishing vessels in four oceans from Alaska to Maine, The Fish Market charts the corporatization of sustainable seafood alongside the decline of family fishermen.

Lee van der Voo is a Portland-based investigative journalist. Following a 10-year career in Oregon newspapers, she freelanced articles for The New York Times, High Country News, The Guardian, Slate, and others. She frequently works with InvestigateWest, the Seattle and Portland-based nonprofit journalism studio.