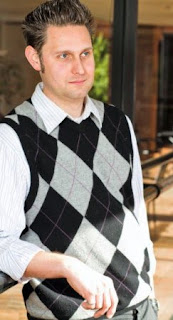 Aaron Ragan-Fore is a 2009 Oregon Literary Fellowship recipient in nonfiction. Aaron centers his work around folklore and popular culture. He is a 2008 graduate of the University of Oregon master’s program in literary nonfiction. Originally from North Carolina, Aaron now lives in Eugene with his talented wife and unruly dogs. His blog is located at https://inkville.typepad.com.

Judge Philip Gerard had this to say about Aaron’s writing and the essay Young Men, There’s a Place You Can Go which he submitted with his application:

“Phillip, a New Orleans psychic, is on a ghost hunt. But it’s not your typical cable reality show haunted tour. The site is a gay nightclub, the UpStairs Lounge, that was burned by arsonists in 1973. The ghosts are the twenty-nine men, mostly homosexuals, who died in the conflagration. There was no justice: the murderer was never caught. Aaron Ragan-Fore takes the reader on a harrowing journey, not just through the physical site of the fatal fire, but also through the emotional and political territory illuminated by those flames: the trials of the gay community, the hidden history of brutality in a city long proud of its culture and music, and the eerie landscape of the paranormal, the uncanny, the inexplicable. The writing is compassionate, at times lyrical, and always dead-accurate. Ragan-Fore doesn’t rely on cheap thrills but rather on a profound investigation of the meaning of that terrible night. The piece is riveting, always vivid, and full of interesting action, sharp observation, and moments of moving truth.”

We asked Aaron some questions:

What are you working on currently?
I’m working on a nonfiction project about Americans’ belief in the paranormal, exploring ways the history of a place can be related by telling the ghost stories associated with it. It’s a natural, really: ghosts are emissaries of the past, believed to manifest in our present.

Do you have a writing schedule?
Not really. I take a pretty scattershot approach to when I write, which isn’t the healthiest habit. I am a writer who likes deadlines, though. Sometimes the best motivator is the threat of not having something published because you’re butting up against the last possible minute.

What inspires you?
Reading inspires me, of course, but I often feel as inspired by bad writing as by good. Writing isn’t like building something with your hands. Its utility and beauty is subjective, and in moments of self-doubt it’s easy to worry I’m secretly a hack. But when I slide in that direction, it’s nice to read something poorly written, to remind myself that this is a craft, and one I’ve been actively developing. Thinking “Well hell, I can do better than that” makes me want to write more.