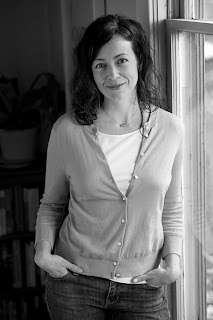 Emily Chenoweth is a 2009 Oregon Literary Fellowship recipient. She is the author of the novel Hello Goodbye (Random House), and a former fiction editor of Publishers Weekly. Her work has appeared in Tin House, Bookforum, Self, People and the anthology The Friend Who Got Away, among other publications. She writes and publishes commercial and young adult fiction under a variety of pseudonyms.

Philip Gerard, one of this year’s judges, had this to say about Emily’s work:

“The story of Helen, Elliott, and their daughter Abby is a heartbreaking love story, one which a lesser writer would address only by falling into a sentimental and tragic mode that would turn their tale into melodrama. Emily Chenoweth handles it with restraint and a control over language that brings beauty into the equation. Chenoweth captures the essential dignity of these characters and insists upon their responsibility to act on behalf of one another rather than simply to passively endure their fate. Chenoweth offers the reader a mastery of craft along with a genuine emotional connection to the characters—the best kind of combination.”

We asked Emily some questions:

What are you working on currently?
At the moment I’m ghostwriting a young adult novel, working on proposals for two young adult novels (to be published—if I’m fortunate enough to to sell them—pseudonymously), and mapping out the plot and characters for my next “real novel.”

Do you have a writing schedule?
Every day I get up, eat breakfast, and then write for as long as I have childcare, which most days is about four hours. Sometimes I’m able to write again after my daughter goes to sleep, but often I’m just sort of brain dead by then.

What inspires you?
My first thought was “fear”—as in fear of having to work outside of the home instead of making my modest living through writing. But that’s a flip answer. I’m excited by new ideas, by beautiful sentences, by memorable characters, by wild acts of empathy and imagination. These are the kinds of things you see in other people’s books—always a great source of inspiration for me—and hopefully eventually in your own.