MENUMENU
The Frances Fuller Victor Award in General Nonfiction was judged this year by Greg Grandin. Grandin is the author of a number of prize-winning books, including most recently Fordlandia: The Rise and Fall of Henry Ford’s Forgotten Jungle City (Metropolitan 2009). A finalist for the Pulitzer Prize in History, as well as for the National Book Award and the National Book Critics Circle Award, Fordlandia was picked by the New York Times, New Yorker, Boston Globe, Chicago Tribune and NPR for their “best of” lists, and Amazon.com named it the best history book of 2009.Here are his comments on this year’s finalists: 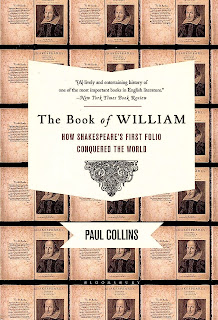 Paul Collins, The Book of William

A wonderful, and wonderfully told, history, The Book of William traces the journey of William Shakespeare’s “First Folio” – the first complete collection of his places – across the centuries, from shelf to shelf. Paul Collins paces the story with limpid, wry and witty prose, doggedly recreating the tracks of what has become one of the most valued literary artifices in the world. As he teases out the many changing meanings of Shakespeare, he also renders the history of the book, printing, and reading exciting. 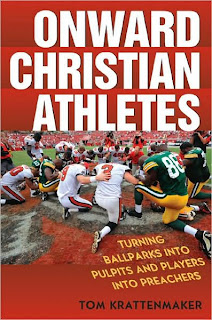 This book is investigative journalism at its best. Onward Christian Athletes charts the unexplored, increasingly porous, border between professional sports and professional religion. His research on the evangelization of baseball and football, and its close links to what has to be called Christian corporatism, is disturbing. Krattenmakker is even handed yet not falsely balanced, putting together in a compelling book what many suspected but had not fully realized the extent: that the religious right has had enormous success in transforming professional sports into a Christian endeavor, a cultural battlefield in a larger political war. 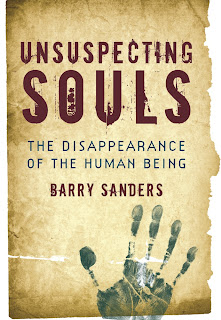 Unsuspecting Souls is a free-wheeling, sprawling examination about what it means to be human, and how nearly two centuries of rapid industrial changes have severed the relationship between ourselves and our corporal being. Learned, counterintuitive (capitalism, after all, is often credited with bringing forth the bounded, individualized self), and quirky, Barry Sanders weaves together literature, philosophy, technology, opium and drug use, zombies and other nineteenth-century “dream monsters” into an at times grim, other times exuberant, meditation on all things human. Above all, it is a cri du cour for humans to shed technological and industrial artifice, to reattach shadows to substance, and embrace the fullness of their being. 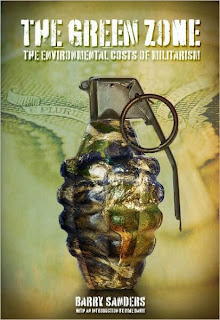 The Green Zone is a focused, well-argued, precise argument that US militarism and global-grade environmental destruction are inextricably linked. Sanders meticulously documents the fact that the US military consumes more fossil fuels and emits more greenhouse gases than the majority of the world’s country, and on par with countries like Iran, Indonesia and Spain. Added to this is the enormous, ultimately incalculable, damage the military’s use – both in combat and training – of explosives, cluster bombs, napalm, and weapons that leave vast amounts of depleted uranium in its wake. The US military has turned vibrant ecosystems in the Philippines and Puerto Rico into wasteland. Sanders’ research and argument is focused and convincing and his writing is clear and passionate. 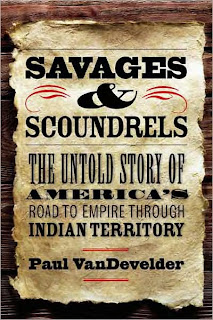 Paul VanDevelder
The Book Of Savages and Scoundrels

In this extremely well-written history, Paul VanDevelder starts with a singular, individual act of injustice – in 1951, Louise Holding Eagle returned to her North Dakota farm to find her house, barn, husband and children gone, “legally,” and suddenly, removed by the Army Corp of Engineers so to build a huge dam – and builds outward, both geographically, across America, and chronologically, back to the early days when US federal Indian Policy first took shape. This book is deeply and carefully researched and compellingly presented. VanDevelder moves back and forth in time, weaving events big and small into a tapestry of dispossession, vividly recreating, through the words, deeds, and thoughts of historical actors, a major through line of American history, the violence visited upon Native Americans in the name of empire building. The haunting story stays with you well after you have turned the last page.