MENUMENU
The Stafford/Hall Award for Poetry was judged this year by Robert Pinsky. Pinsky is the author of several collections of poetry, including Gulf Music, Jersey Rain and The Figured Wheel: New and Collected Poems 1966-1996. From 1997 to 2000, he served as the United States Poet Laureate and Consultant in Poetry to the Library of Congress. He also founded the Favorite Poem Project, a program dedicated to celebrating, documenting and encouraging poetry’s role in Americans’ lives. Here are his comments on this year’s finalists: 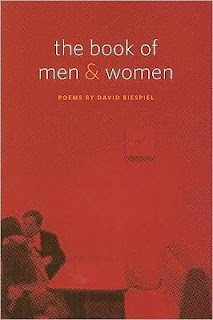 David Biespiel, The Book of Men and Women

David Biespiel has mastered his own, original grand style. What’s more, he deploys it for work: the cascade of invention, the big eclectic lexicon and rich figures of sound are not for show, but for doing work, living up to this ambitious title: The Book of Men and Women. On the one hand, this is language soaring up above the earth, teasing its way beyond stolid paraphrase, but on the other hand it is always connected to “the groan of the unfinished garden” — the last phrase of “Man and Wife.” The intricate, rich but discordant music has a mocking jauntiness hard to forget, self-aware and self-critical, and in spite of itself having a jaunty if wincing good time, as in “The Crooner”: “It’s maddening,/ This measly rigmarole he’s come to, this voice, his crazy quilt.// Unadvised, pleased with the take-home pay of it all, teetotalling,/ He glimmers like a forgotten mouth, aims for the deep end of all that’s muddy and dim,/ And mocks the majesty of ringers. Same for the hay-high dandies.” 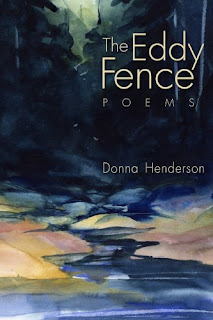 Donna Henderson has a transforming power of sheer attention, a grave, distinguished focus, so that even grief is changed by precision, an exhilarating quality of getting it right. That precision is often a matter of the physical world—the ocean “folds and falls”; a woman before the first chemo bout touches her hair “lightly and twice . . . Then she sat back, relaxed, and offered up an arm”; caddis flies “break from their cases, sip/ and the dying salmon rise”— but sometimes the precision is a matter of introspective attention: for instance, the first poem in The Eddy Fence, “Triptych,” defines the intellectual and emotional terms of what will come, precisely:

What was mine but desire to enter the world more entirely?
What’s the self but these cuffs of self consciousness?
Entering’s obstacle?

So much you want,
So much less willing to bear—
And maybe the self’s the vibration between these poles,
its material frequency and hum.

In truth, the two kinds of precision are one: a self-aware mind sees this well, and the custom of meticulous looking—in this poet’s work— sharpens insight. 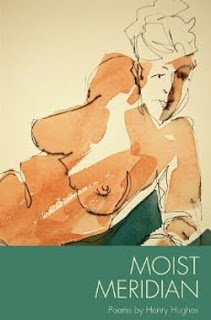 Frank O’Hara’s call for poetry “better than the movies” suggests qualities of movement, vividness, clarity and music: a high standard, met by the poems of Moist Meridian. It won’t do to exaggerate the cinematic quality of the poems, with their flashes of narrative, rapid cuts, crisp dialogue, fresh characters; the kind of thinking and the language are those of a poet— and distinctively reflective poet. The compression and swift varying of mood are those of poetry, as in the opening sentence-fragment of “Black Walnuts,”: little charred brains/ on November streets, where folks from Hope House/ lurch and bump, run rain-suited/ down to Rick’s Coffee and the market,/ over-greeting the kind and idle.” Alertness, generosity, irony and candor govern these poems, which are endlessly curious about the relations among people, with sex, friendship, marriage and alienation examples of an abiding, fearful but engaging mystery. An engaging, uneasy and clear-sighted book. 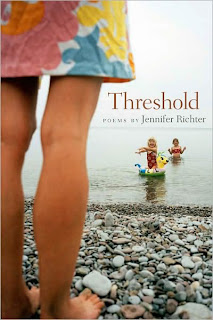 The mortal dance of fear and courage is Jennifer Richter’s subject in Threshold, and she sets it to a distinctive, original music, centered on the opposite risks of motherhood and illness, but not limited to them. She has cool and wit, enough of them to quote an inmate-student’s sentence—I love people but I’m scared to death of them— that summarizes an urgent search for balance at the center of the book. In an example of that mortal, strived-for balance, the sequence “Putting the Baby to Sleep: Nine Tries” is partly about a literal baby but begins with the figurative baby of a pain that must be quieted gradually, carefully, left in its calm with a ginger, tentative withdrawal. These poems at life’s various thresholds achieve a memorably purposeful, quiet intensity— as though the noise of mere rhetoric would awaken not just pain but an immensity of loss. 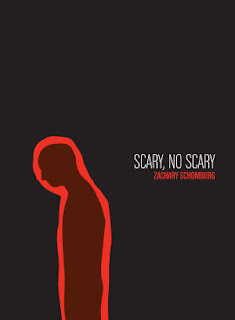 Cunningly engineered systems of reason and unreason, earth-logic and dream-logic, engage one another in the entertaining, more or less surreal creations (and negations) of Zachary Schomburg’s Scary, No Scary. The poems come in clusters that share thematic components: lab experiments or bizarre recipes or gadgets with silvery or cobwebby wheels, fiddled with in a range of permutations. Re-visions and undoings become a form of narrative, and narrative a form of introspection: “When the mob gets even closer I can see through my rooftop telescope that it is not actually a mob, but the woods on fire. And not the woods on fire but my fingers. And not my fingers but someone else’s finger pressing unmercifully against the back of my eyeball.” Appealingly, the sources of emotion are clear and more or less universal: loneliness, fear, desire, celebration and hurt all transformed by a playful, undermining imagination. Like his great predecessor in the Alice books, Schomburg brings a sense of stringency to his dark but airy towers of invention, dismantling easy assumptions. The poems are fun to read and they get below surfaces.