John D’Agata is the author of The Lifespan of a Fact, About a Mountain, and Halls of Fame, and the editor of the anthologies The Next American Essay, The Lost Origins of the Essay, and the forthcoming The Making of the American Essay.

Here are his comments on the 2015 Oregon Book Awards finalists for the Sara Winnemucca Award for Creative Nonfiction. 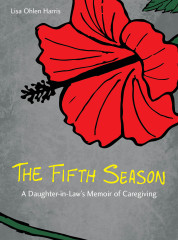 As I read Lisa Harris’ phenomenally understated and yet exquisitely crafted memoir The Fifth Season, I started thinking that any lesser writer would have leapt upon this genuinely hearbreaking story and wrung it dry for every last drop of transfused misery. And then I started loving The Fifth Season even more.

Because what I have only now started to learn as a writer—embarrassingly late in the game, I’ll admit—is that it takes a lot more skill to hold back as it does to go for low-hanging and lurid details. What we learn in The Fifth Season, therefore, we learn through experience, through quietly developed anecdotes and impeccably pitch-perfect pacing, through watching Harris navigate the complexities of a relationship with her mother-in-law that neither of them seems to have voluntarily signed up for, and yet which intensifies gradually over seven long years until that relationship becomes something that beautifully transforms them both.  Through genuinely heroic compassion, as well as agonizingly petty bickering, through fear and humor and unconditional patience, Harris creates a portrait of a relationship that’s about as real as it can get, and thus as strong as they come. I often caught myself envying even the worst of the moments that these two women shared. 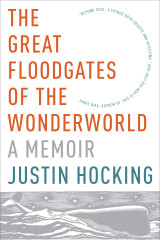 The Great Floodgates of the Wonderworld by Justin Hocking

On its surface, the conceit of Justin Hocking’s The Great Floodgates of the Wonderworld really shouldn’t work. Is this a memoir about the author’s seemingly suicidal obsession with surfing waves so massive they almost end up drowning him? Or is it about being robbed at gunpoint, losing every last draft of a novel that he’d been writing? Is it about a bitterly rough breakup, and the myriad of unhealthy relationships that followed? It is about moving across the country? Having a nervous breakdown? Attending 12-step programs?

“We can hypothesize,” says Ishmael in Herman Melville’s Moby Dick, the other great obsession in Harris’ book, “even if we cannot prove and establish.” Reveling in the endless minutiae of cetology, the hieroglyphic significance of the scars on Moby’s body, or a meditation on the color white, Ishmael’s proclivity for interpreting almost everything comes pretty close to exhausting both our patience and the virtues of interpretation itself.

It takes a lot of confidence to invite another writer into one’s book, let alone one of America’s most celebrated novels. And yet cast against Melville’s metaphorical cacophony, Justin Hocking’s Floodgates almost seems a study in restraint itself: a lovely, measured, and complex examination of how we manage to heal ourselves amidst the messy tumult of the world around us—a quiet and brilliant achievement of both emotion and technique. 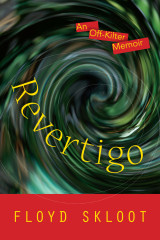 It’s the last third of Floyd Skloot’s infectiously passionate memoir, Revertigo, that a less interesting writer would have focused on. He would have stretched those 138 days during which he suffered a mysterious bout of vertigo into a 300-page memoir about vulnerability, dependency, balance, and aging, thus making the book more a chronicle of illness than what it really is: a celebration of imagination and love.  For as tremendous as that last third of the book is, the real heart of Revertigo lies in its earliest sections, those in which Skloot allows the “re” in his title to do its most potently metaphorical work: revisiting, reexamining, and revising the experiences in Skloot’s life when he found himself disoriented, exhilarated, and changed—the first loves, first books, first cars, etc.

Experience is only half of experience, Goethe once said. And so while on the surface these early anecdotes may seem comparatively lighter than the genuinely terrifying physical threat that Skloot experienced with his vertigo, the most impressive thing about Revertigo is how it effortlessly demonstrates the power of metaphor to transform almost anything, including those experiences that are downright mundane. In Skloot’s powerful hands, however, they become not only magical but pliable, pertinent, and blessedly consequential. It’s not vertigo that Skloot has triumphed over with this subtly remarkable book, it is the indifferent life.