Here are her comments on the 2015 Oregon Book Awards finalists for the Angus L. Bowmer Award for Drama. 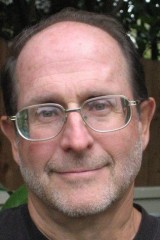 September Twelfth by Rich Rubin tells the story of a group of individuals whose lives were irrevocably transformed by the attacks of September 11. The young widow of a firefighter who died in one of the Twin Towers remarries one of his fellow firefighters.  The play explores the pressures and expectations placed on her by family and friends as she wrestles with her grief and the effects of her grief on her new marriage and new baby.  The perspective the play provides on this particular historical moment is illuminating.  The characters are dimensioned.  They are imperfect, complex human beings caught in extraordinarily difficult circumstances.  Even the secondary characters – the dead man’s brother, an ex-girlfriend – are drawn with compassion and understanding.  The dialogue is muscular and well-observed.  And the action of the play is filled with unexpected perspective shifts and moments of truth that resonate.  The play’s ending is believably uncertain.  There are no easy answers, no tidy resolutions.  The play leaves us with characters who are struggling and the sense that the struggle is far from over. 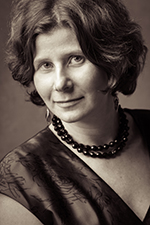 Ithaka by Andrea Stolowitz is a bracingly original retelling of Homer’s Odyssey.  In Stolowitz’s revisioning of this ancient story, the Odysseus character is a female Marine captain returning from a tour in Afghanistan.  Grappling with the effects of PTSD, this returning veteran is having trouble re-entering her life back home.  After an explosive fight with her husband, she embarks on a road trip with another female veteran who turns out to be a ghost.  The play’s journey is as much figurative as it is literal.  This is a play that investigates the grieving process.  It asks timely and necessary questions about how to make sense of loss, how to put to rest traumatic memories, and how to find a way home after the experience of war.  The writing incorporates fantastical elements like a talking cat and an adventurous style that includes elements as unexpected as a standup comedy routine where the jokes revolve around death.  At the core of the play, however, is a protagonist with great depth and humanity.  The final scene of the play where the protagonist tracks down the mother of her fallen colleague is exquisitely written and striking in its emotional impact. 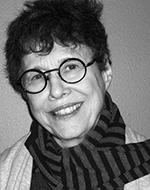 Absurdist, Or Is It? by Sandra Stone is comprised of two short plays both of which explore the existential condition.  In “Poof,” a director, a mime, and a dandy try to find meaning in a world that defies all their best efforts.  The language of the piece is striking and original.  The rhythms of the dialogue are vibrant and fresh.  There is an intriguing mix of humor and pathos in their fierce arguments, their antic vying for control, and their moments of plaintive reflection. In “What Everything Is,” a woman fleeing her life checks into a waterfront hotel with her small dog.  An encounter at the waterfront with a stranger wielding scissors sets in motion an existential crisis.  The piece is provocative. The anxious aria that comprises the heart of the piece reveals unexpected moments of truth about the choices we make and the perils of the unknown. 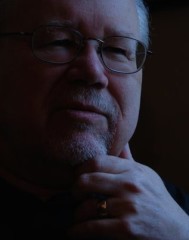 Ghosts In The Canvas by George Taylor tells the story of the daughters of Edward Darley Boit who posed for a famed painting by John Singer Sargent when they were young girls.  The play deftly moves back and forth in time illuminating the fraught and complex family dynamics that play out among the sisters and their parents.  As the adult sisters deal with the fate of the painting and where it will be housed, they come to terms with the revelation that their brother whom they were told had died, was sent away to an asylum.  The story unfolds with suspense.  The characters have a depth and dimension.  The dialogue is articulate and, at times, very moving.  The scene between the oldest sister and the doctor who cared for her brother is powerful, and her final monologue in which she remembers or imagines her brother as a young boy at a picnic is evocative and beautifully written.  The play does a wonderful job illuminating the intriguing story behind a famous painting. 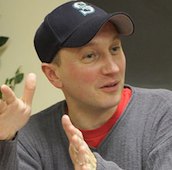 Blood on the Books, or The Powell’s Play by Nick Zagone is a stylistically inventive, thought-provoking exploration of the fate of printed books and independent bookstores in a world of e-readers and Amazon.  The play begins with a virtuosic monologue by an employee at Powell’s Bookstore where he relates an encounter with a mysterious young woman who turns out to be a vampire.  After he is bitten and himself becomes a vampire, we are launched into the vivid, often very funny world of Powell’s employees: their staff meetings, their interactions with customers, their office politics, and their delightfully idiosyncratic inner monologues where they give voice to their desires and anxieties in vibrant detail.  As they go about their days, they must deal with fellow employees turning into vampires and pressures from management to stay afloat in a world where Amazon is the reigning business model.  The play ends with a beautifully written, deeply affecting monologue where one of the employees recalls a customer who used to come into the store daily, an old, bohemian drifter with a deep love of books whose sad fate and abrupt departure echo the larger themes of a passing era and the price of progress.