Brenda Shaughnessy is the author of Our Andromeda, Human Dark with Sugar, winner of the James Laughlin Award and finalist for the National Book Critics Circle Award, and Interior with Sudden Joy. Her poems have appeared in Best American Poetry, Harper’s, The New Yorker, and The Paris Review. She is an Assistant Professor of English at Rutgers University, Newark.

Here are her comments on the 2015 Oregon Book Awards finalists for the Stafford/Hall Award for Poetry: 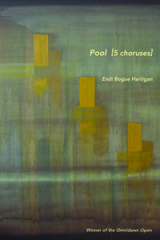 A braid of stories, no, a suite of fragments…not quite. Something between an opera and an ancient yet intergalactic storytelling hour at the sensation-loving intelligentsia’s village tavern, with several versions of everything since why not? This poet is capable of it, after all. Each phrase is a startle, a buzz, a deepening, or a smooth, but what is the accumulation of such disparate magics? Nothing less than jaw-dropping beauty, in choruses, pooled into a body of water/writing that always contests its own boundaries, its own shores, even its own itness. Totally glorious and very much its own separate galaxy (one I like to visit,) Pool [5 choruses] sees the world as hardly anyone else sees it, as many worlds, as it is.

The title of this book, Turn, is a sturdy branch with multiple blossoms held in the poet’s hand. Chin-Tanner shows how the world revolves and changes, how we find ourselves both returning and never able to, and she takes her own turn in finding her own light and life, her own transformative choices. Poems of family and identity explore three generations and discover not only history but the utter newness of speaking that history as a daughter, a granddaughter, a poet, for the first time. Turn is filled with scenes come to life with particular flavors or smoke or myth or states or food—persimmons, Persephone and pregnancy. Brooklyn and firefly and liver spots. The book is such a sensory joy and revelation. The subject matter is often tragic, and just as often that tragedy is softened by a great love. The language of this poet is taut and strong, revealing a heart full of singing and sorrow. Chin-Tanner is an exquisite new voice. 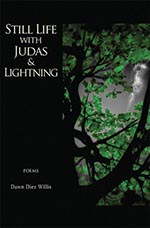 Still Life with Judas and Lightning by Dawn Diez Willis

Many of the poems in Still Life with Judas and Lightning take place in the same intersection as that title: where betrayal and ordinary miracle meet. Where the high-flying belief of childhood (a boy’s rapture on a trapeze just before he knocks out a “big kid” tooth) meets that sordid, sullen moment of disillusionment (in “After the Strip Club” a man falls to his knees.) Diez Willis deeply understands the way the sacred and profane not only define but help constitute each other. The child—sometimes obedient, sometimes lost, full of longing, or hurt— may become the homeless teenager or the prayerful one; the same humans may later morph into the widow, the inmate, Mom, Billy, Martha, Fidela, the one who chooses to live. The characters are unforgettable. This book is a marvel and Diez Willis a truth-teller with a major talent for breathtaking last lines. 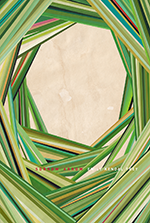 The sacred and the profane shouldn’t even bother with separate words for themselves, the way Sorrow Arrow talks. The sky shits, then it’s lavender. Dumplings flower and “chickens salt sweat” and before you know it, “I made my own hole in the ecstasy/Berry muffin with a glazed top/Is that baby wearing makeup.” Imagine that. It’s too much, isn’t it? Maybe, but I can’t stop reading.

I am both repulsed and dazzled by the way these lines tear little pieces off of this reader as I swing by to get them. They do accrue to a full-throated song, a series of songs none of them reprised, all of them new. The song is half-language, half-music, half-laughter and half-howl, by which I mean this is a double book. Not so much that it speaks double-speak or is two-faced or is twice as long but that each poem has a shadow poem under it or a sunscreen poem over it. Sometimes Kendal Frey’s poem is the sun that shines straight, hot, merciless, life-giving, parching light and has a dark chalky undertaste. And sometimes her poem is caught in the glare, exposed and burning but with a powerful shield in her hand should she choose to use it.

I’ve never seen anyone use language like this, though lots of younger/emerging poets think they are writing poems like this. By which I mean the postmodern (that sounds so old-fashioned now) project and social media’s byte-sizing of thought has made a lot of new American poets go quite non-sequitur and contentless, all semi-style and sarcasm, always two steps ahead of everybody. But that kind of poetry is not brave. It hides and quails. Sorrow Arrow and its brilliant author Emily Kendal Frey are straight shooters. They are very brave: every single phrase, turn of words, batting of eye and puke in car and cold egg of her breast matters. Every image is hard won. It connects. It all adds up to an emotional and psychological and existential signature—a set of truths that light up in the mind of the reader. And that reader is changed. What a magnificent book. 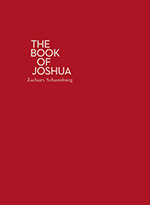 The Book of Joshua by Zachary Schomburg

The Book of Joshua is a series of plain, perfect little boxes overflowing with blood and beauty. The astonishing thing about this book is that there are really two ways to read it. Both ways produce serious mindfuck:

1) As an absolutely crushing meditation—imaginative, diffuse, sometimes abstracted (though not to produce generality but metaphor)—on the death of the infant Joshua, a brother imagined or real, but in either case loved and part of the body and soul of the speaker.

2) As a metaphor itself for the above-described journey. As a book inscribing—as text—the love for the character Joshua onto the speaking protagonist. As a book that has made a project out of this inscription of love—to contain it, to work through it, to expel it or to explain it? Or to invent it?

In any case, the book is pure and simple, unassuming and lovely. Yet it appears to contain one of the most complex and saddest stories in the world. I’m not entirely sure how the poet did that, and my bafflement is born of great admiration. Just brilliant.