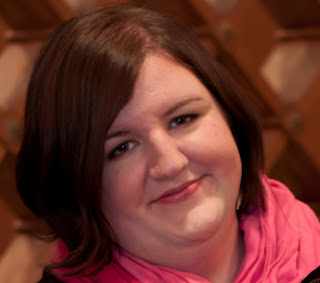 Claire Willet is a 2010 Oregon Literary Fellowship recipient in drama. This month she’ll be in residence at I-Park, a multidisciplinary artists’ residence in East Haddam, Connecticut. Claire is a playwright, grantwriter, blogger, and Catholic youth minister from Portland, Oregon. Her most recent play, How the Light Gets In, was produced as a staged reading in Portland’s 2010 Fertile Ground Festival of New Work, and was selected as a featured festival project by critics and local media.

Claire had this advice for those considering applying for an Oregon Literary Fellowship: “Don’t give up if you aren’t selected the first time. Keep applying. I’ve been applying for fellowships, grants, and residencies for several years and never won any of them until this year. I got discouraged a number of times, but I’m grateful I didn’t give up.”

The deadline to apply for an Oregon Literary Fellowship is Friday, June 24th. There is no charge to apply.

The judge for the drama fellowships, Carlos Murillo, had this to say about Claire’s work:

Claire Willett’s plays seek to unearth the hard emotional truths that underlie loss, grief and questions pertaining to faith. Her play How the Light Gets In centers on Molly, a reckless, self-destructive young woman who, after a suicide attempt, flees to a monastery that once sheltered her own mother. Her irreverent, trouble-making nature make her the unlikeliest of guests there. Befriending monks who knew her mother, and drawn into unsettling intimacy with the monastery librarian, Molly confronts her parents’ and her own dark history, and finds renewed faith in the possibility of redemption. Willet’s play frees the traditional redemption narrative from convention and cliché by setting it in the alien world of a monastery, and populating it with characters that are disarmingly frank and driven by unexpected world-views. Her dialogue is truthful, her characters fully human, and the questions she has them wrestle with provoke the kind of debate about personal history, family, faith and belief that is the substance of our strongest theatre and playwriting.

Willett is at an early stage of her playwriting career, and it is clear from this breakthrough play that she has found a resonant, thoughtful and emotionally truthful voice. I hope and anticipate we’ll hear more of it for some time to come.

Claire took some time to answer the following questions, about applying for fellowships, her own work and what inspires her.

What was the easiest thing about applying for an Oregon Literary Fellowship and what was the most challenging?
The easiest part for me was choosing the scenes I wanted to include in my writing sample. Normally I wrestle with that, but for this I had a lot of ideas for what I wanted to include. The hardest part for me is always, always, always the artist’s statement – it’s hard to put such a personal thing into words that will make sense to anyone else.

Have you applied for other fellowships?
I’ve applied for several. My New Year’s resolution was to apply for one thing a month, be it a fellowship, grant, artist’s residency, or submitting a script, so that I feel like I’m always focused on moving my writing career forward with new opportunities. I’ve applied for some where I wasn’t crazy about the restrictions on the writing sample; for example, one playwriting award I applied for asked you to submit the first 15 pages of your most recently-completed script. I didn’t really feel like the first 15 pages were the strongest part of that script, and I would have felt better about having a little more control over what I was sending them that represented me as a writer. I appreciate that the Oregon Literary Fellowship application is pretty streamlined.

What are you working on currently?
Over the past year and a half, I co-wrote a play called That Was the River, This Is the Sea with a Portland actor named Gilberto Martin del Campo; we produced it as a staged reading in January at Fertile Ground. Right now we’re hashing out the logistics of trying to get a full production in Mexico; Gilberto has translated the play and we have a potential venue and director, but there are a lot of details to work out still. I’m really excited to make that work.

The project I’m going to be working on during my residency over the next month is a new play called Dear Galileo: or, “We Are Stardust,” which explores the conflict between faith and science as it connects the lives of three pairs of fathers and daughters. So one storyline follows Galileo while he’s under house arrest in Italy and working on his banned book in secret, with the reluctant assistance of his daughter Maria Celeste, who is a nun; and another follows a 10-year-old girl in Texas whose father is a very public spokesman for the creationist movement, and who grows increasingly troubled by his daughter’s blossoming love of science and the questions she starts asking about the world. The bulk of the play, though, will follow the story of Jasper Willows, a famous astrophysicist who has been working on the launch of the Vatican’s new state-of-the-art telescope being launched at a rural astronomical outpost in Arizona.

What inspires you?
I write a lot about the people I know. I don’t write them into my plays, but somebody will say or do something that will make me think, “Ooh, there’s a story in that.” Like, my play How the Light Gets In is about Benedictine monks; I grew up surrounded by monks and priests, so it’s just an ordinary part of my world, but it’s alien to lots of people who didn’t grow up like I did. I was having lunch with a monk friend of my mother’s, Father Paschal Cheline from Mount Angel Abbey, at Esparza’s Tex-Mex Cafe, and he was just totally agog at how big the menu was. He was like a kid in a candy store. It took him forever to decide what to eat because there were so many options – there are like twenty different kinds of meat you can have in your enchiladas – and it reminded me, “Oh yeah, this guy lives in a monastery. He just eats what’s put in front of him.” And he said to me, “If I get to Heaven one day, and if it’s a mansion with many rooms like Jesus said, I want at least one room that’s totally wallpapered in restaurant menus.” And I thought, “There’s a story in that.”

There have been elements in my last three or four plays that were inspired by the teenagers I work with as a youth minister at my church, and the issues they deal with. I think the world of young people is fascinating and terrifying, and there are really powerful stories to tell there.

I think my Catholic sensibility runs through everything I write, even when I’m not actually writing about religion or spirituality. I think there’s a way Catholics view the world, a passion for drama and mystery and color and grandeur and big, sweeping stories, that is a part of everything I do. Not that only Catholics do that, but that happens to be how I instinctively think.

I also continue to be inspired by my parents; my play How the Light Gets In drew a lot from my mother, from the way she lived her life and the monks and priests she was friends with and the way her faith defined who she was. Dear Galileo is really dedicated to my dad; I hadn’t ever really written about fathers and daughters in a way that really explored all the different ways that relationship can unfold, and I wanted to play around with that. My dad is both Catholic and a science person, and he’s a very very good father to daughters, and those were all things that seemed to lend themselves to finding a lot of different, juicy stories.

Do you have a writing schedule?
I wish. Up until recently I’ve worked two jobs and tried to fit in my writing wherever there was time – the rare free Saturday morning, or, more often, from around 10 at night until 2 in the morning. I like writing at night, actually; I do a lot of my best thinking at night, when it’s quiet and the phone doesn’t ring and the world slows down a little. What I’m really excited about with my upcoming residency, though, is to explore what life is like if you’re a full-time writer; what would it be like to get up every day, have your coffee, and go to work and just WRITE all day? I don’t know! I’ve never gotten a chance to try it. Maybe it will be excruciatingly difficult and I’ll have to force myself not to procrastinate on Facebook all day, or maybe it will turn out that I write really well in the early morning. I don’t know. I’m excited to find out.